Some of the places in Phuket are very well known, some may even say notorious. These places are on most people’s schedule who visit the island. Places such as Patong, Phuket Old Town and Phromthep Cape are extremely popular with visitors, however, . there are other equally attractive areas which are well worth a visit and are much less crowded. The Cherngtalay, Phuket district, otherwise known as Laguna, is one such place and has much to offer. Let us give you a run down on everything you need to know about it; where to eat, what there is to do, where to stay and lots more.

Cherngtalay is a subdistrict of Thalang, centrally situated on the island and close to 3 spectacular beaches of Bang Tao, Layan and Surin, which are a lot quieter than their busy counterparts down south. The area gets its nickname of Laguna from the famous hotels nearby such as Dusit Thani, Banyan Tree, SAII, Angsana, and Cassia, it’s fast becoming the ‘in’ place to be on Phuket, whether visiting or living. It’s a popular spot for expats due to its large variety of restaurants, shopping, and entertainment venues and other convenient facilities such as gyms, schools and wellness centres, although it still has a very definite Thai charm and character. However long you’re looking to stay, a weekend, a week, month, year, Cherng Talay area really is a great choice. 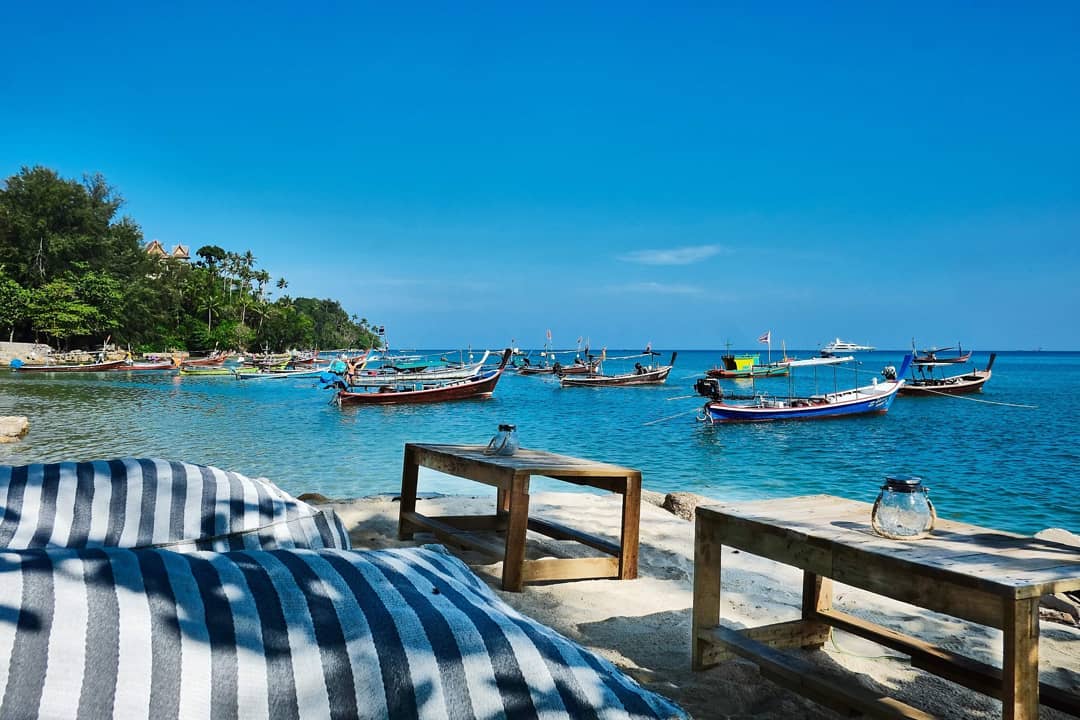 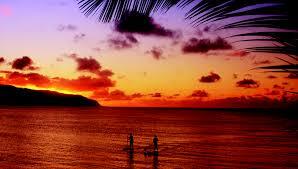 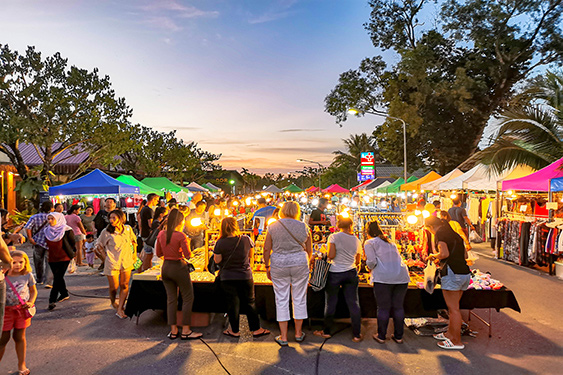 Our Local Guide To Cherngtalay / Laguna Area In Phuket

Below you will find different guide as to what staying / living in Cherng Talay / Laguna area would be like. From quiet beaches, fun activities, best places to party, schools to gyms we’ll be covering everything you’ll want to know before choosing an area to settle down in.
Here’s a quick run down of some of the things that you’ll find in the Cherngtalay, Laguna, area. From quiet beaches to places to party, from fun activities to schools and gyms, pretty much everything you’ll need to know before choosing to settle down.

1. Bang Tao Beach – A Large Open Bay With One Of Phuket’s Longest Beaches

Bang Tao is the longest beach in Cherng Talay, its sweeping bay is a great place for enjoying some watersports as well as relaxing, there are some great places to eat on the beach which offer a great vantage spot for you to watch the spectacular sunsets.

Surin is one of Phuket’s best kept secrets, of all the public beaches on the island it stands out as being the most beautiful. There’s plenty of parking available, it’s a great spot to bring a picnic and eat under the shade of the palm trees, a beautiful, natural beach. 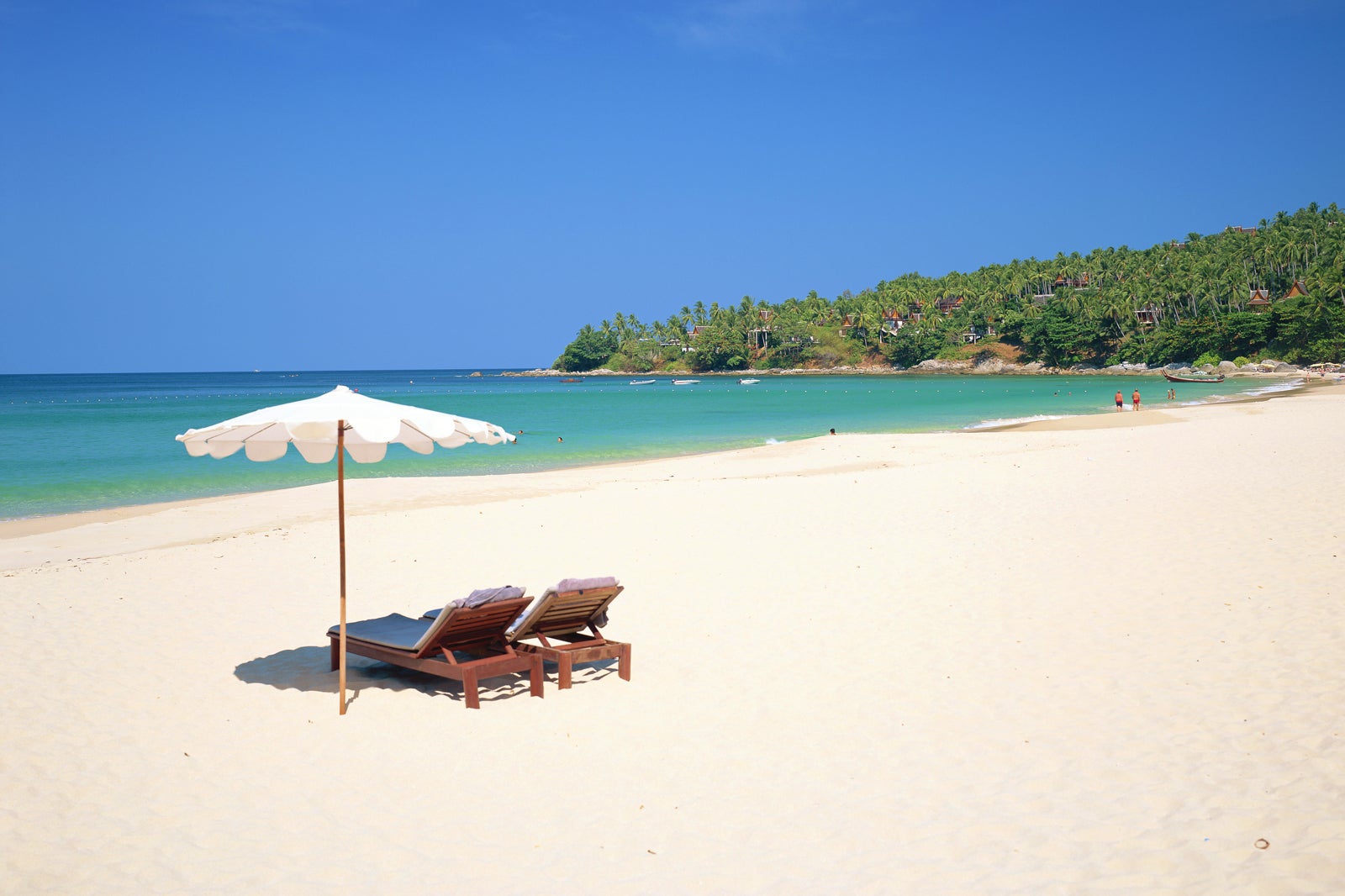 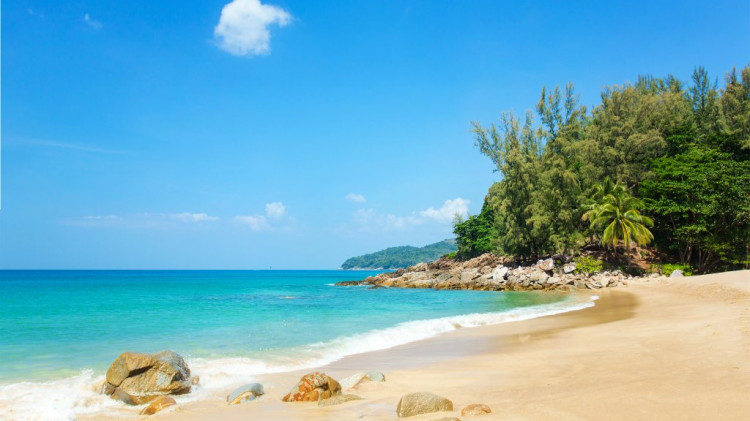 Pansea beach is a delight, small but beautiful. It is only accessible through two luxury resorts, the Amanpuri Resort and the Surin Phuket Hotel, however, by Thai law, beaches are public property so it’s possible to get a longtail from Surin or Bang Tao beaches to swim there.

Layan beach is at the northern end of Bang Tao beach, there’s no real landmark to say where one ends and another begins but you’ll know you’re on Layan beach because there’s no beach bars or restaurants. It’s blissfully quiet, used mainly by locals. There are trees to offer shade, the gently sloping white sands are the perfect place to get away from it all.

5. Banana Beach – A Superb Hidden Beach Near The Airport

Banana beach is a hidden gem, mainly because it’s quite difficult to get to. It’s reached by a steep path through the forest and there’s no official parking, it can also be reached by longtail. It’s a very pretty little beach with one small shack selling reasonably priced food and drinks. The tide can cover the whole beach at Spring tide so be careful where you leave your belongings but it’s definitely worth a visit for the more adventurous traveller. 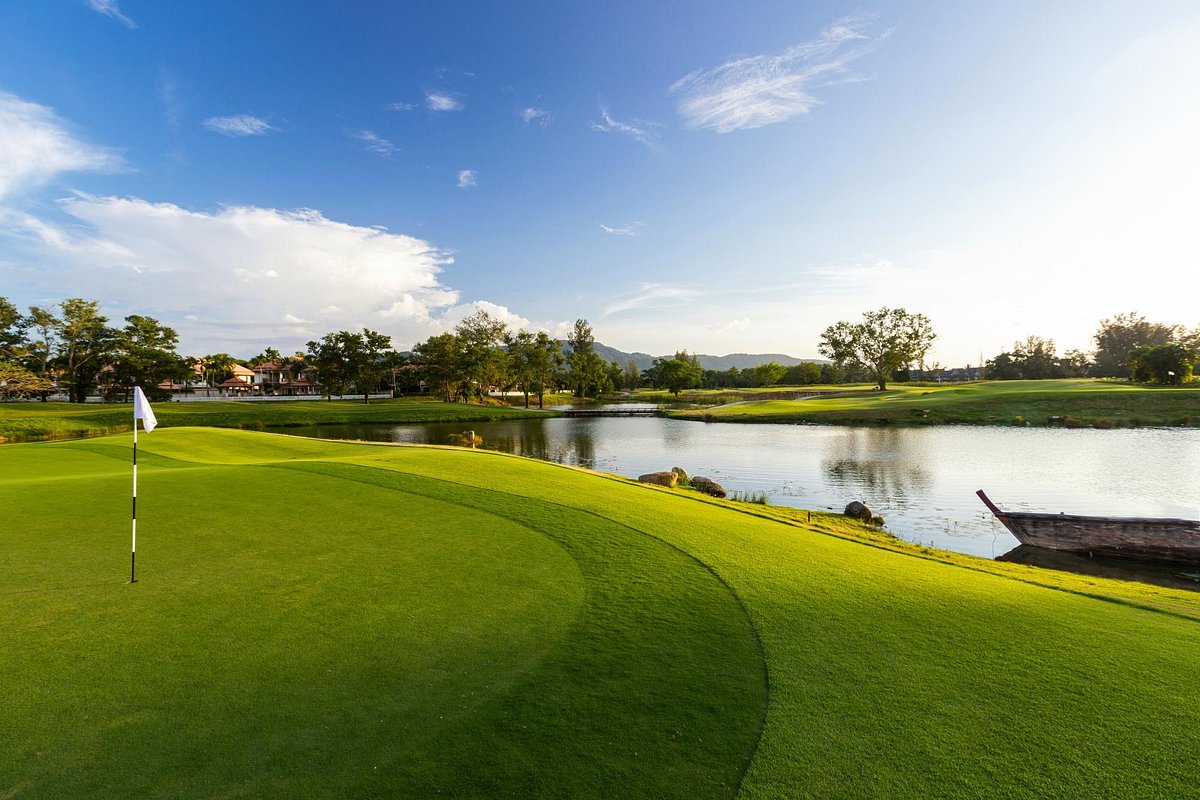 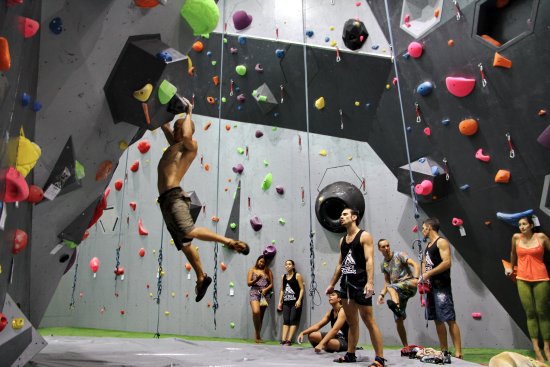 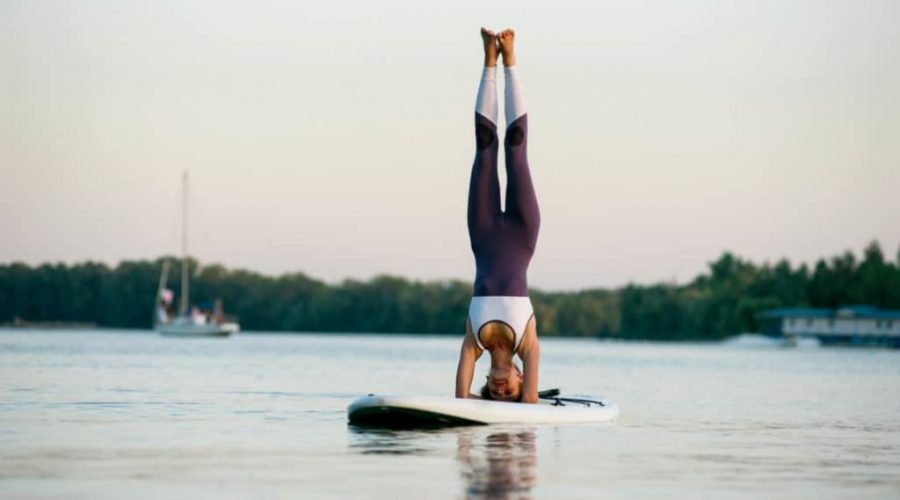 Things To Do In Cherngtalay

Although the beaches here are amazing, there’s a lot more to do over and above being at the beach. The natural beauty of the area takes some beating and it provides a glorious backdrop for many activities. Away from the better known tourist destinations at the south of the island, Cherng Talay provides some real treasures with which to make memories to last a lifetime, from elephants to indoor climbing, the area has an awful lot to see and do.

2. Enjoy A Day At The Water Park

8. Get A Thai Massage

9. Take Part In A Workshop

Where To Eat In Laguna Area Phuket 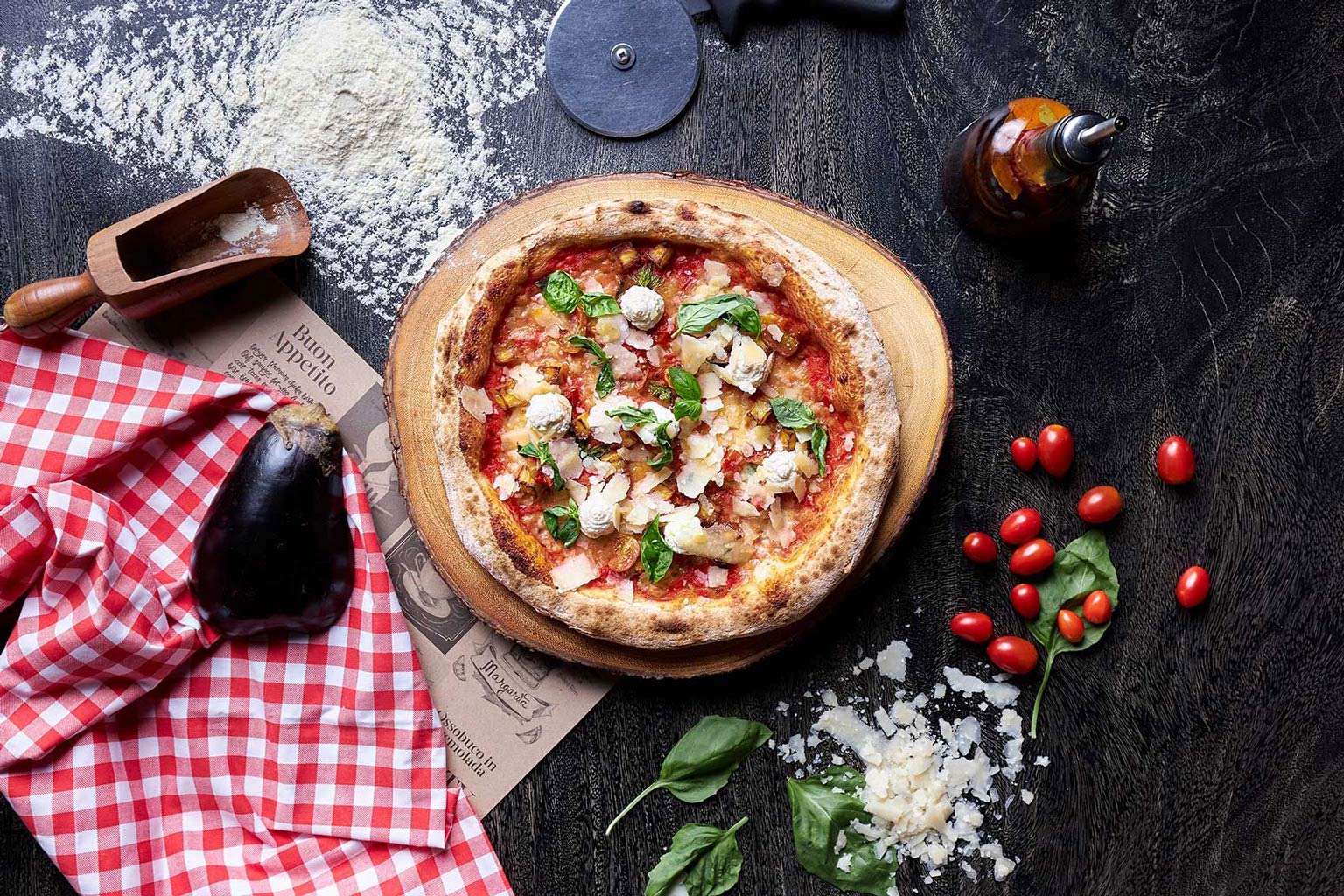 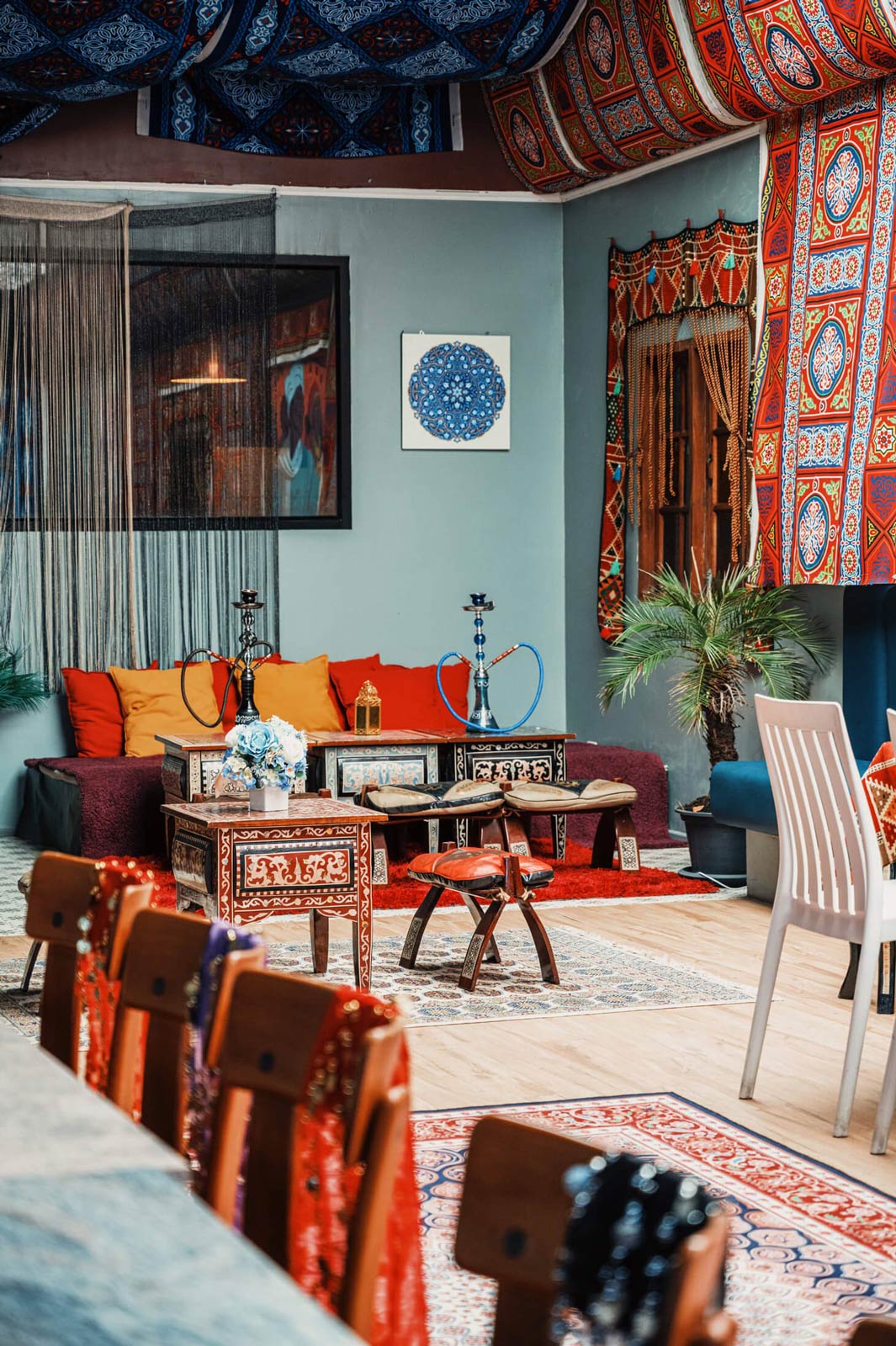 This is just a snapshot of what’s on offer when it comes to dining in the Laguna area. There are, of course, many, many more to choose from but here are a few names to show the mouth watering variety of what you can look forward to eating while you’re here. With cuisine from all over the world, you’re really spoilt for choice. Here’s a list of 20 restaurants to give you an idea of what’s available.

If Phuket is famous for anything, it’s being able to party on the beach. During the day, the beach bars offer somewhere to chill, to lounge in comfort with an ice cold drink to ambient music and the gentle sound of the waves. By night they come alive to the sound of international DJs, the glittering moonlit sea a backdrop to the mood-lit clubs.

1. Catch Beach Club – The place to be and be seen, the place to have the best night out on Phuket.

5. Lazy Coconuts – A laid back atmosphere with an eco mood. 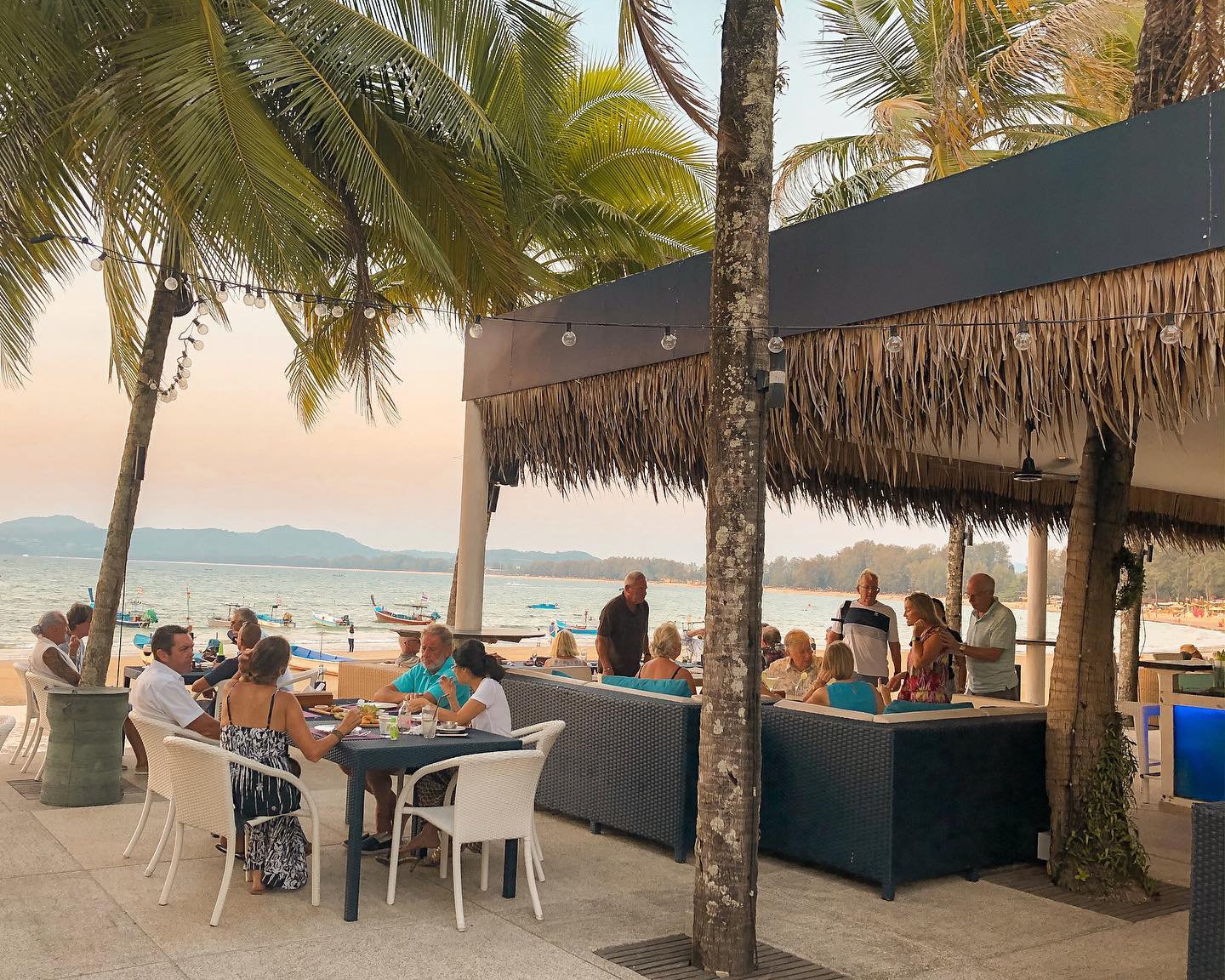 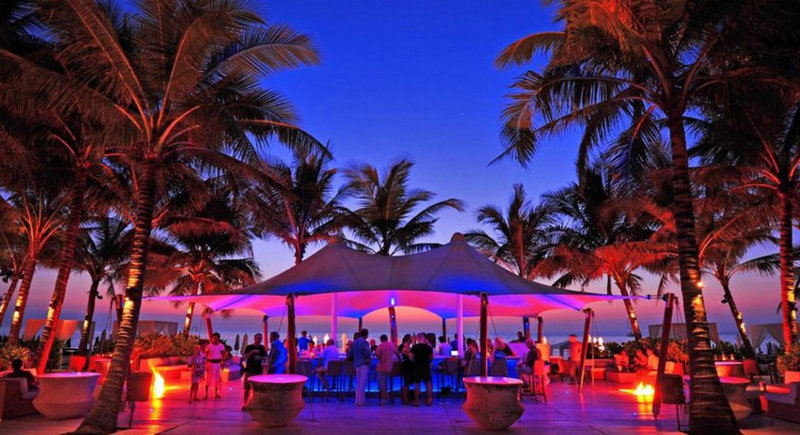 Sitting on the beach and enjoying a cold drink and a sunset is all very well, however, there are other requirements you have if you wish to stay in an area long term. What you look for on holiday is very different to what you’ll need if you move somewhere for an extended period of time, although, of course, you’ll still need to know you can head to the beach and enjoy a cold drink.. Cherng Talay has pretty much everything you could possibly need within easy reach, and listed below is just a brief look at the facilities that are available, and there is much more within the local area too. There are many more leisure activities on offer away from the beach and many more amenities not listed, this is just for starters. 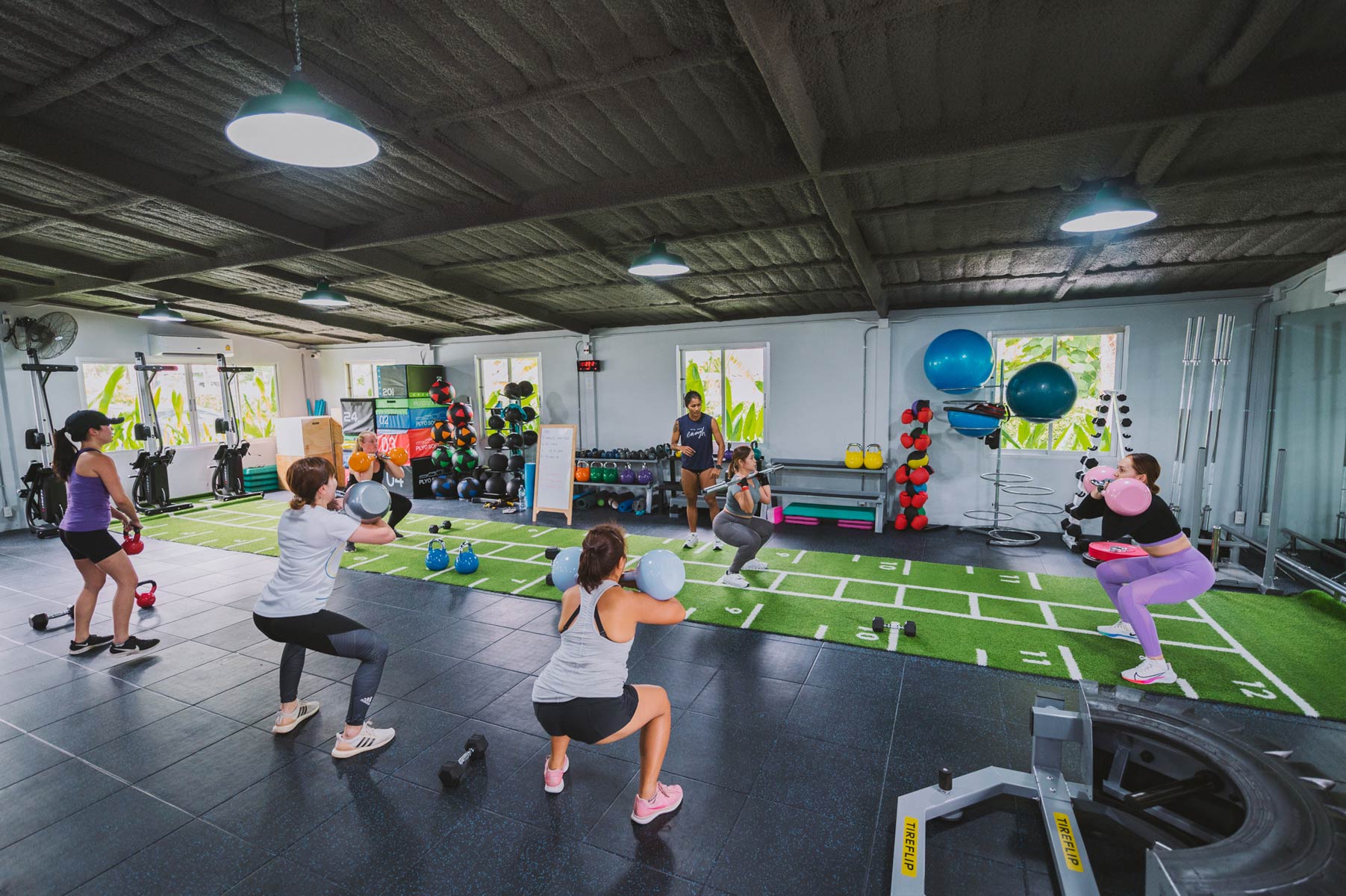 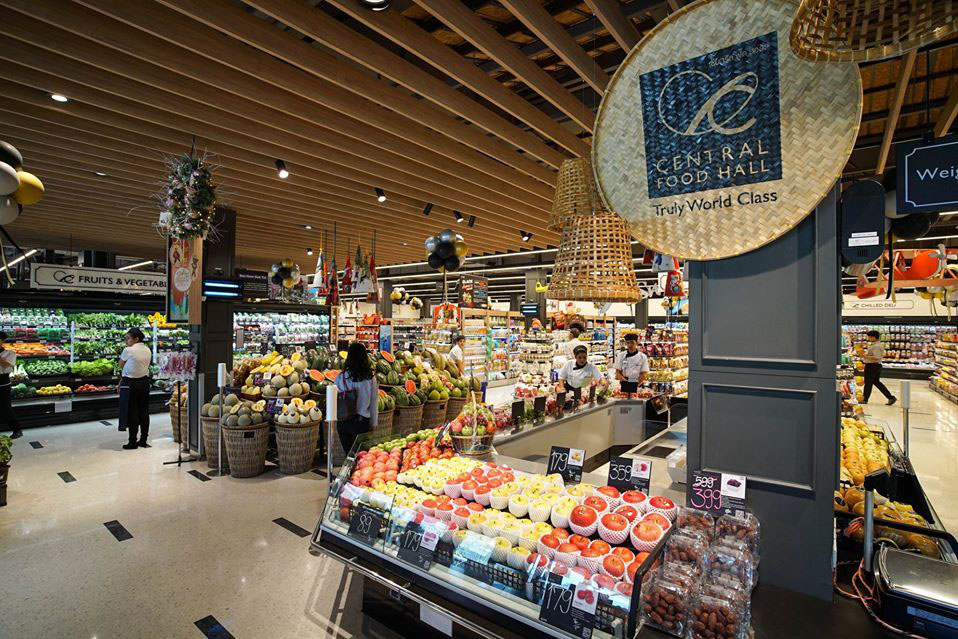 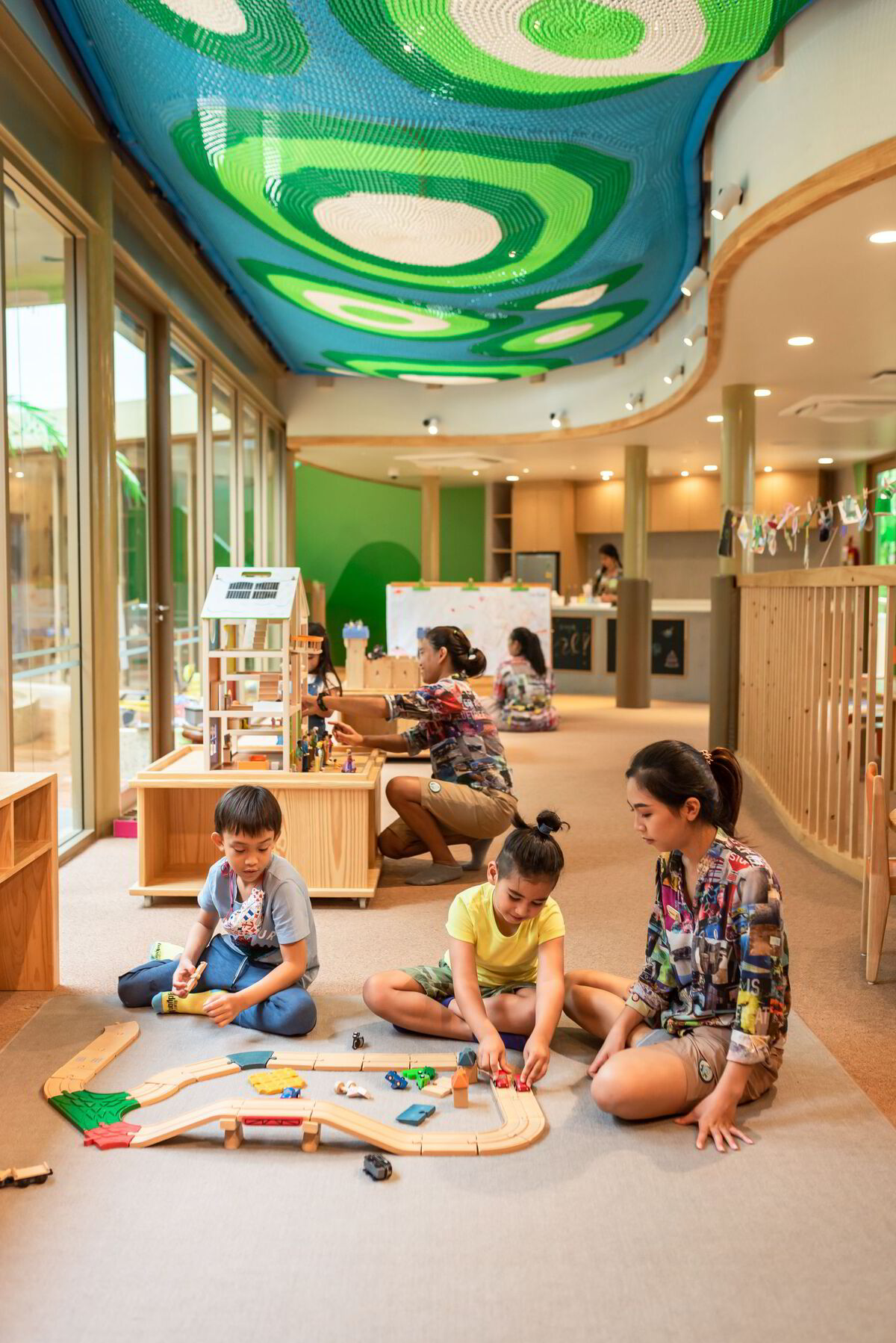 8. Other Facilities Nearby includes banks,grocery stores, and pharmacies.

As we’ve seen Cherngtalay has a lot to offer, great amenities, amazing scenery, fabulous leisure activities, amazing quiet beaches; what’s not to like? Once you’ve had a drive around the area, you’ll appreciate even more what a great area it is and you may even decide to look for a property in the area as an investment for your future.. If this is the case, be sure to drop in and have a look at River House Pool Villas, the only 100% solar powered development on Phuket, you’ll be ahead of the game as, in the future, everything will be powered by the sun. 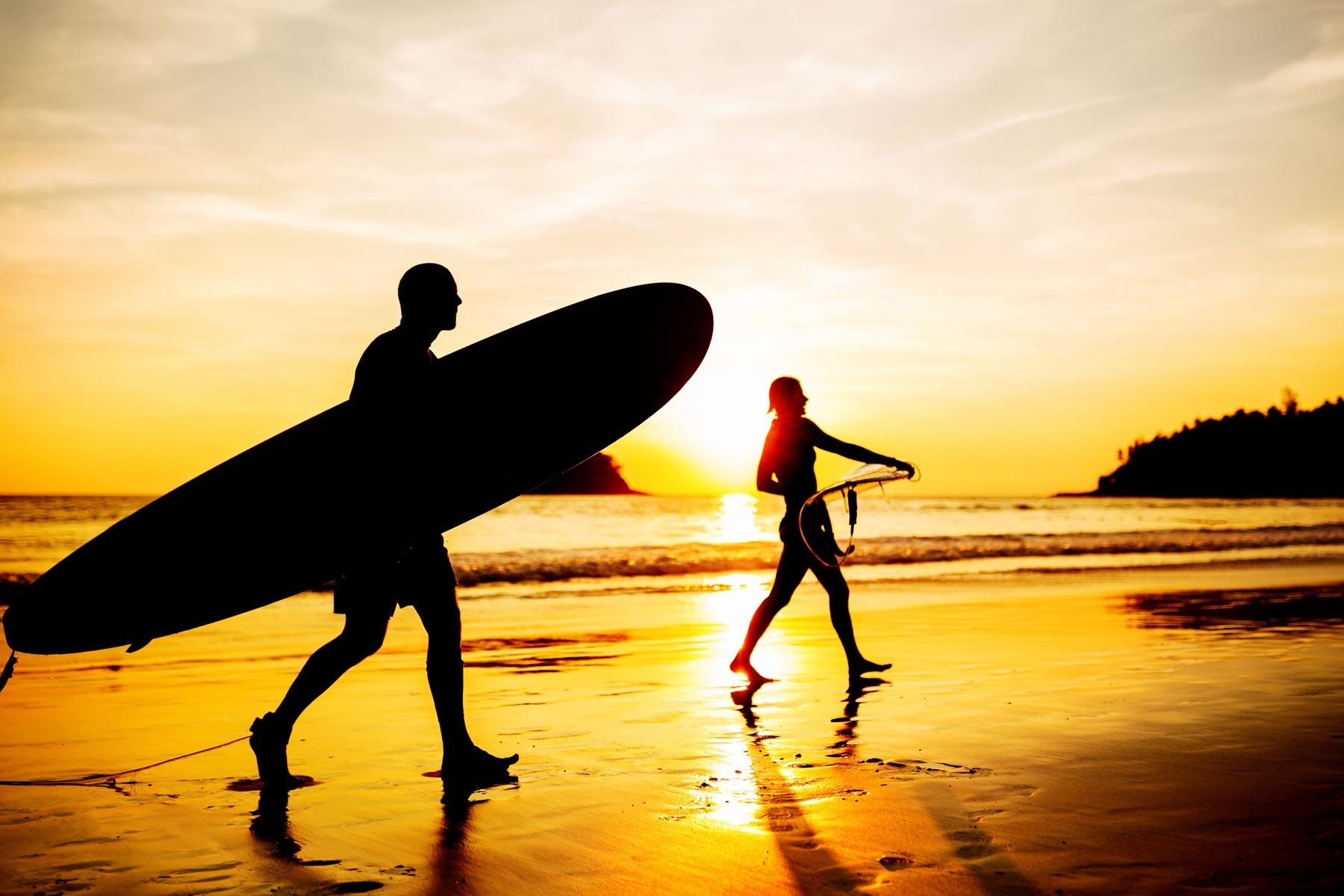 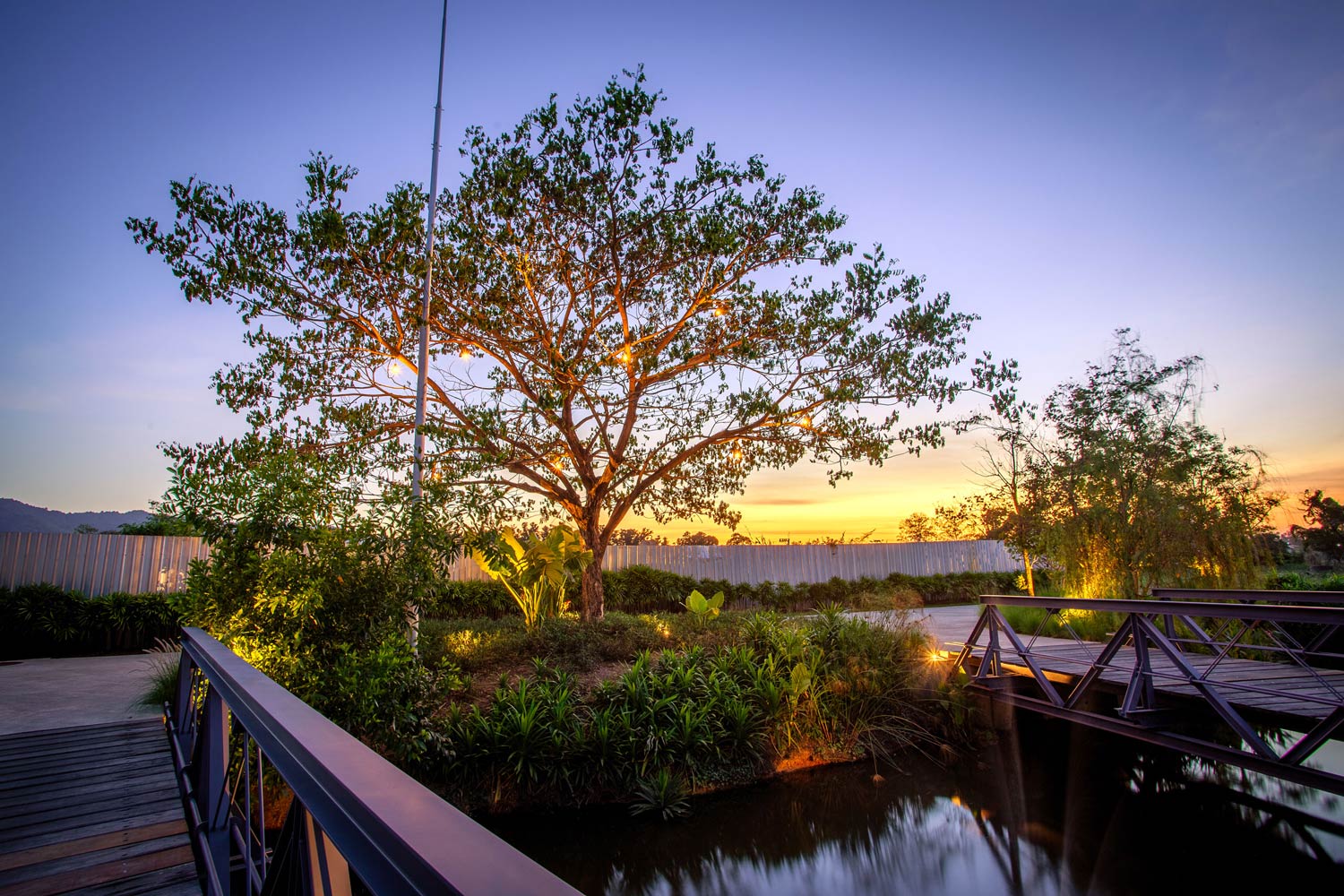 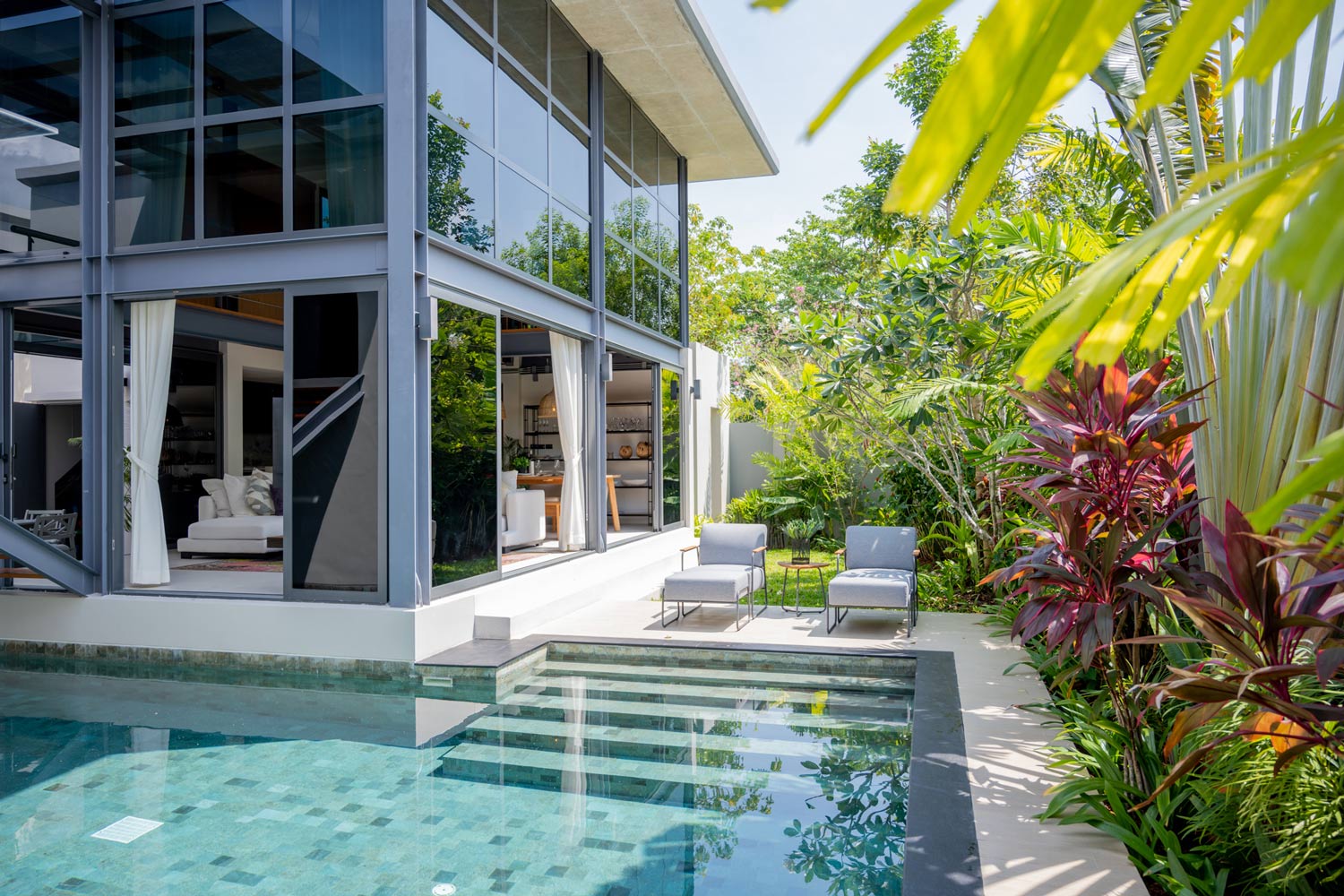