A Comprehensive Guide For Foreigners To Buying Properties In Phuket

In last few years prior to the pandemic, there has been an influx of international tourists to Phuket and the government has invested in this growth by building a new international airport, highway tunnels, a light rail system and various other improvements to the overall infrastructure of the island to ensure it could support the future demands of a top tourist destination, and to meet international standards in living. This has created a wonderful opportunity for investors who wish to make this beautiful island a home away from home. So if you are inerested in buying properties in phuket, here is a comprehensive guide.

But it’s not always plain sailing for foreigners investing in another country, and buying property in Phuket is no different. Although the property market in Thailand is fairly unregulated compared to Western countries, there are rules that are strictly enforced such as ownership limitations, investment of foreign currency and submission of documents. Furthermore, should a foreign investor use an agent and a lawyer? And how would they know if a property developer is reliable?

This is our definitive guide to buying a property in Phuket, with all the information you would need. Read it, print it and keep it close! 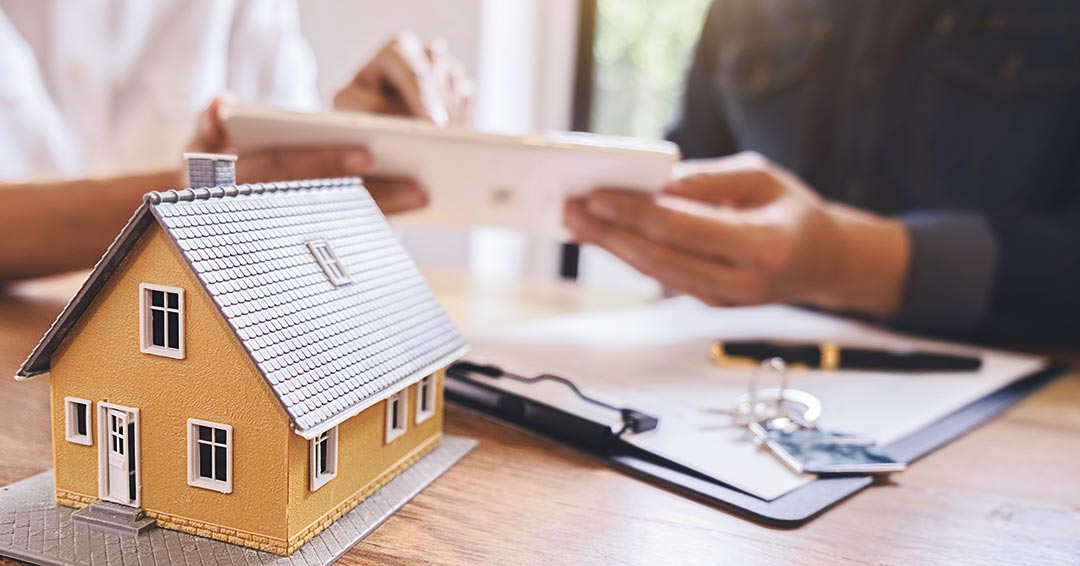 There are different forms of property ownership in Thailand as well as land ownership restrictions for foreigners. Foreigners can take freehold ownership of a structure in Thailand but are not permitted to own land in Thailand. This, however, shouldn’t discourage you as a foreign buyer. There are many ways to invest in property and enjoy great returns. Most importantly, you must know and understand the rules.

Freehold guarantees sole right of ownership. The buyer will retain his right of ownership indefinitely and is under no obligation in terms of renovation of his property. He can sell the property at any time and can pass the right of ownership as he pleases. Freehold buying is available to a foreign citizen only if he has an approved residence permit in Thailand, owns a legal business in the country and invested foreign currency. 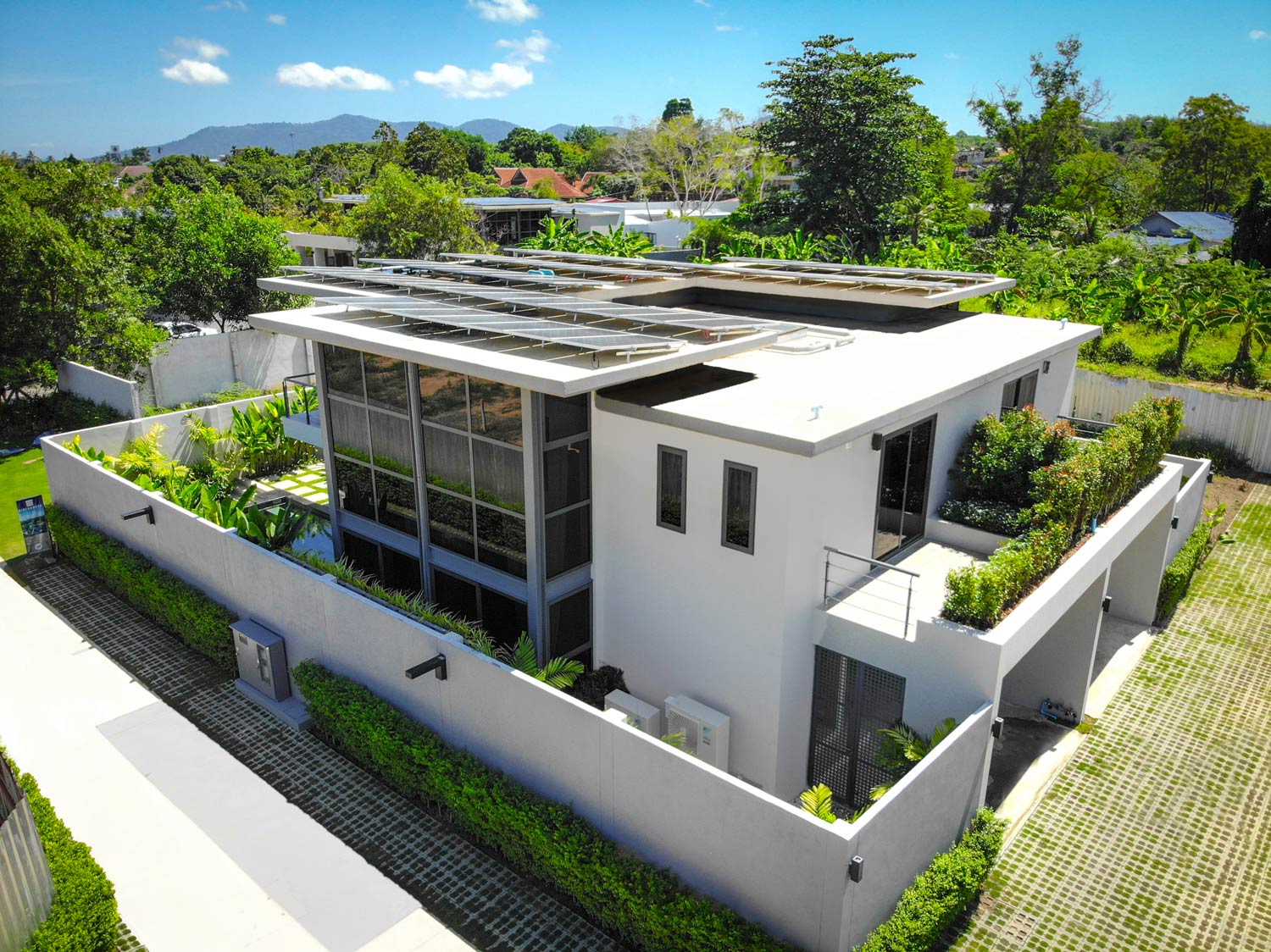 Time-limited possession. As a rule, the contract is concluded for 30 years with the right to extend twice (up to 90 years). Despite the fact that this is a multi-year lease, leasehold allows you to dispose of real estate in the same way as freehold (sell, inherit, donate, etc.). At the conclusion of the transaction, an agreement is issued, registered and certified by the Land Department.

However, it can be more advantageous to sign a rental contract. As real estate prices rise in many districts of Thailand, especially in Phuket, leasehold tenants can expect a solid return on investment, especially when the property is managed well. Leaseholders can sign contracts with management companies and hotel groups that can provide good revenue for many years. 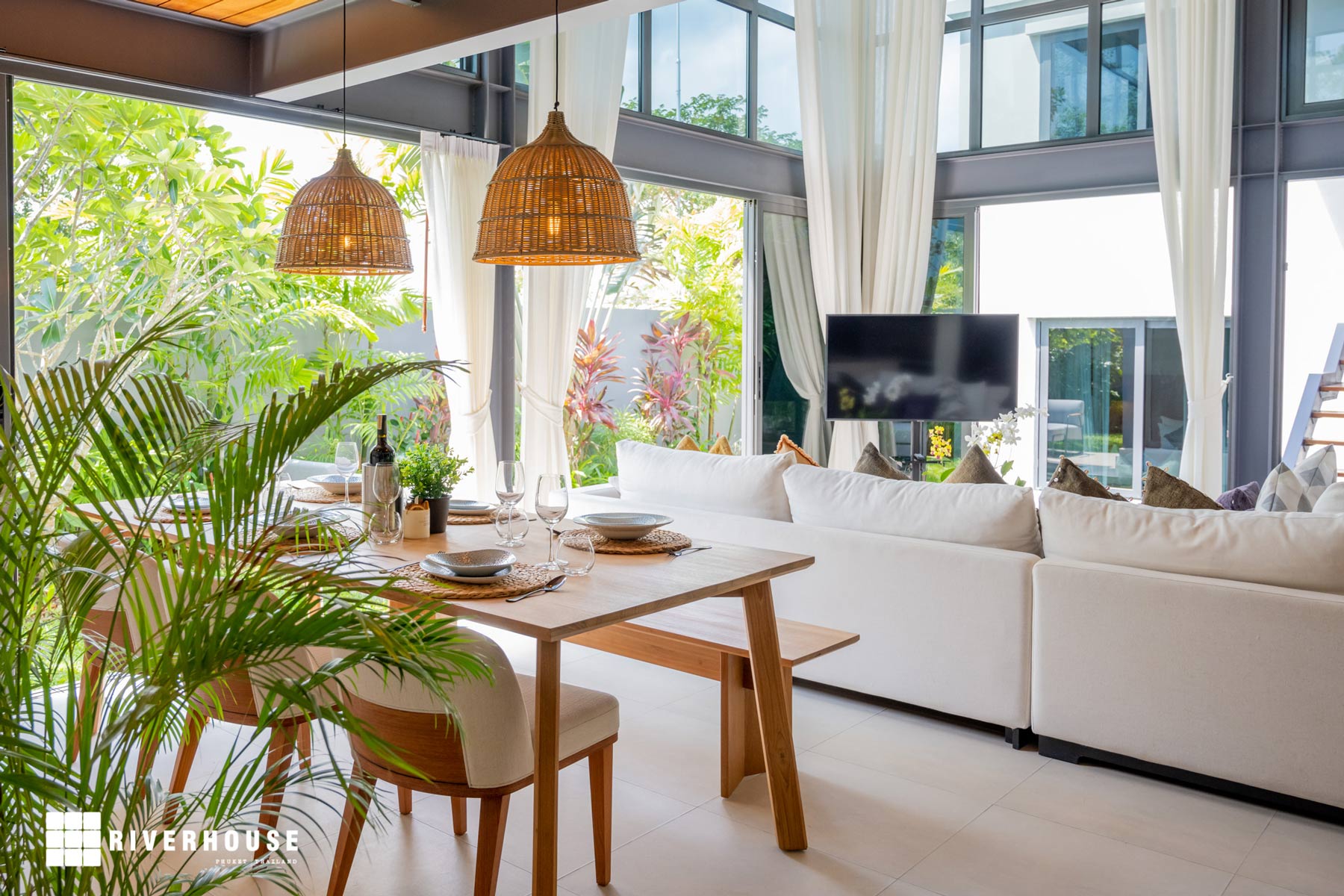 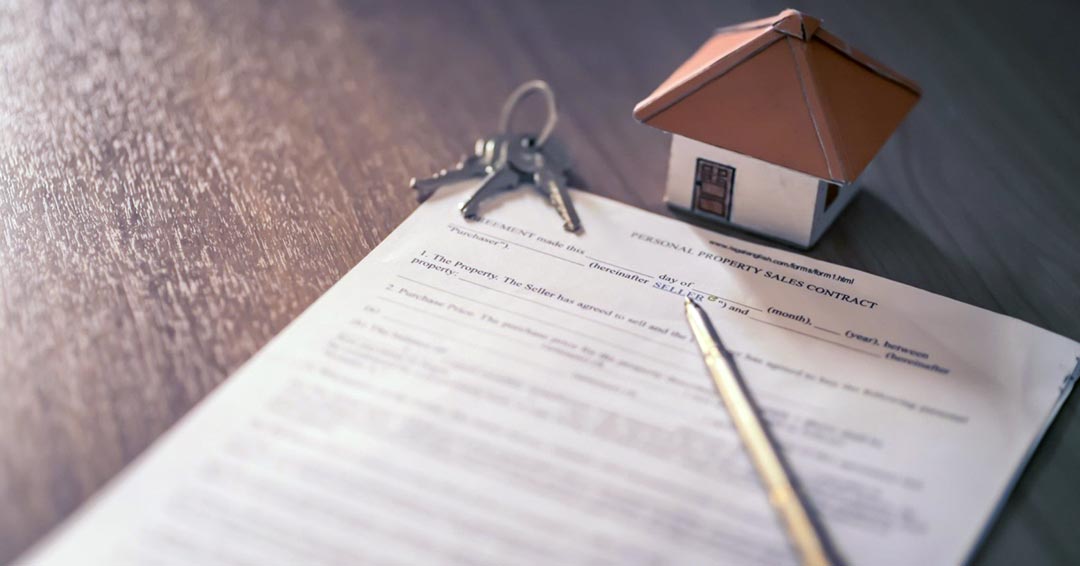 If a leaseholder is selling his property, you can buy the remaining lease period of the property. The process of buying a resale property is quite simple as there are very few legal obstacles. The standard purchase and sale agreement contains information about the seller and the buyer, their obligations, the price, taxes, payment conditions and the property description.

The contract stipulates an exact date by which the complete sum is to be paid off in order to reaffirm their commitment to the transaction. Usually, it is made two to three weeks after the agreement is signed.

Phuket is still one of the most lucrative markets for property investments, not only due to its beautiful nature and landscape, but also because it’s one of the most visited holiday destinations in Southeast Asia.

Phuket has been quietly developing over the last twenty years into a world-class resort destination. Nowhere else in Asia can you find an infrastructure that matches Phuket’s.

As far as specific locations go, foreign buyers of property in Phuket will have no difficulty finding the hot spots which attract the most tourists and investment. There are many worthy options but here are a few notable ones.

Laguna & Cherngtalay Area, in between Layan Beach and Surin Beach, hosts a variety of restaurants, shops and beach clubs and is a popular investment hub as it is Phuket’s new upcoming prime location. The new and growing Boat Avenue / Porto de Phuket is the heart of Cherngtalay, with trendy shops, restaurants, wellness centers and more. The newly opened Water Park Blue Tree offers a variety of family activities.

Surin Beach is known as ‘Millionaire’s Row’ due the top-end celebrity haunts among the luxury resorts there. Frequented by tourists and locals alike, the beach is beautiful and natural. The area is dominated by high-end hotels and housing, resulting in high-end restaurants and wine bars.

Is There a Need for a Lawyer?

It is always advisable to consult with a professional legal adviser, even if the purchase seems straightforward. The Thai legal system, especially the land office, is best navigated by a professional. As they can help you with all aspects of: 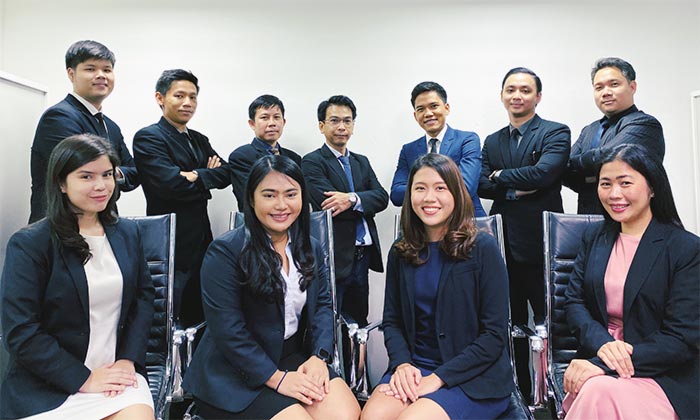 Buying a condo or a villa is often a big financial outlay and selecting a reputable developer has become more important than ever. Thailand’s real estate market is far less regulated than most Western countries, and even some Asian regions. That’s why it’s important for property investors to rely on a credible developer with a solid reputation and proven expertise.

Check the developer’s background with previous projects and get feedback from previous buyers and tenants. Research the location and ask around to establish if the project is well situated for the lifestyle of foreign residents and investors. As a part of this process, the property land needs to be carefully inspected by a legal representative. Make sure that all projects are EIA (Environmental Impact Assessment) approved. Supported with all legal documents in order and that the correct quota (51% owned by Thai citizens) of the project is in place and valid.

A good developer will be transparent about the project specifications. And provide quality assessment to prove that the project accommodates Western living standards. Keep in mind that a developer needs to present a valid building permit to ensure the building work runs smoothly without any problems from the authorities.

Lastly, ensure that your agent continues regular checks and approvals to ensure each project continues to progress in a timely manner. This involves frequent visits to the construction site and meetings with developers. 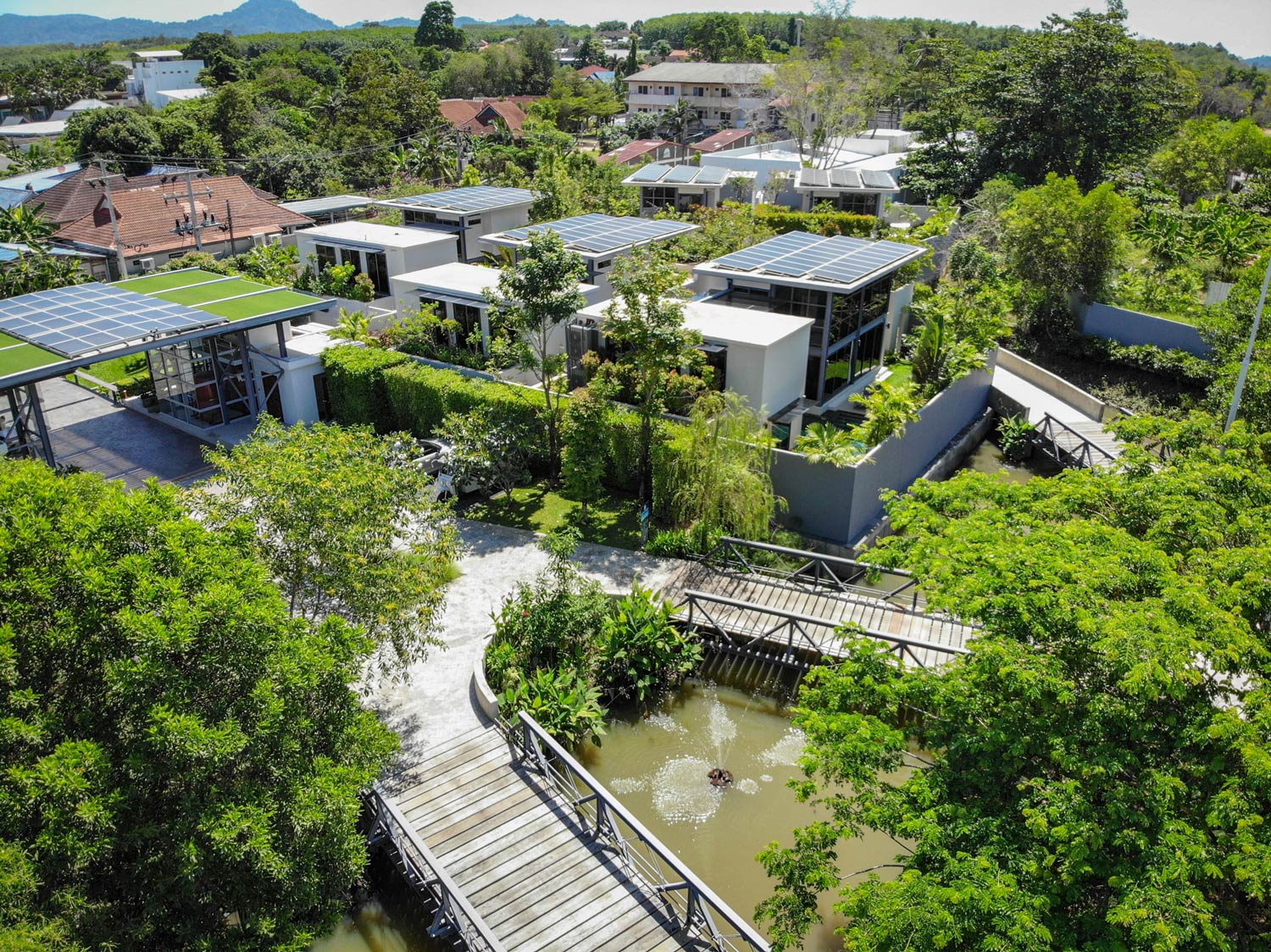 Size of The Property Development

Bigger is not always better, smaller developments as these are often designed to limit costs to the investor. By keeping a development small and affordable, it eases up the financial pressure on the investor. With the additional benefit of keeping such a small, exclusive development well managed and, ultimately, contributing to investment growth.

If you found this information helpful, be sure to check in for our next article as we discuss Phuket as an investment destination. If you need any help or more information about buying a property in Phuket, please feel free to drop us a message on Facebook or Whatsapp.